After making Stonehenge I thought about making a Wicker Man, but got waylaid,so I eventually got around to it, my first thoughts was to use brass rods, but they have got pricely last two years,so I went with blue foam,there is no set measurement apart from being able to fit a 28mm miniature in the body,the body size was based on me having a 50mm square length of foam.
It was made to pull apart for two reasons I have not the room to store it and it can fit into one of these plastic food boxes for safe transport. It's not based on any one picture but a combo of the pictures out there.
What I did was made the body longer then I needed then cut the four corners then I cut a section of the body to make the shoulders doing it like this kept the same contour , then I marked the body and cut the inside out , the piece that came out the body had two sections cut from it one was fitted back in as the base and the other was glued underneath the shoulders.
The weave effect was done by turning down the power on the wire cutter just enough to melt the foam it does not matter if the groves are in line or thick, with the think lines just run the cutter down them, you just want the overall effect of the wicker.
The concave groves that run the length of the body and arms and legs was done using a drimle then the horizontal groves cut , head was marked and cut them remarked and cut again then filed smooth then glued onto the shoulders.
Magnets holes was done using a drill end and heating it up, you don’t want to over heat or you end up with a big hole, two ways of gluing if the hole is a tight fit use impact glue and you want the magnet just below the surface two magnets are easer to pull apart if they not touching, if the hole is to big then what every glue you use you will need to leave over night to set, the set of pictures should help.
Regarding the paint it was under coated black then a umber brown then used a spear shaft for the highlights and a touch of green to make the weathered effect, the door upright beams and other beams are meant to be a silver birth type wood.
The logs around the legs is real honeysuckle.
Over all it came out as I imagined and am really pleased with it, dare say some one will bring out a risen made one but this will do me, best complement ill take is if some one builds one using my ideas. 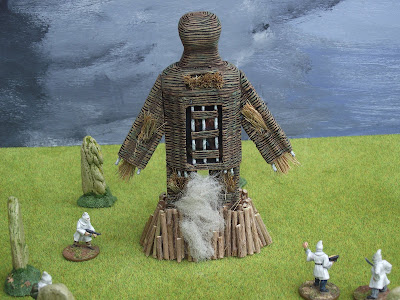 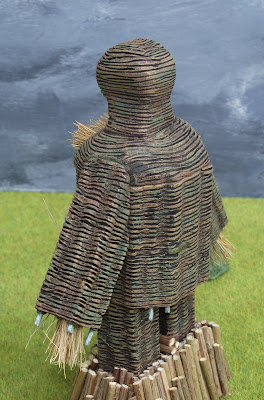 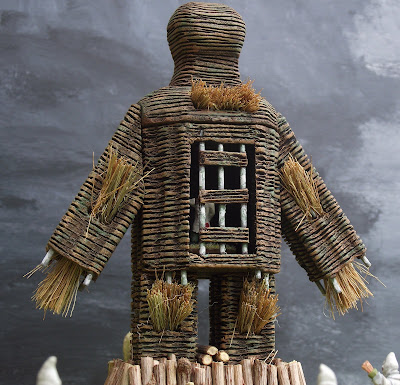 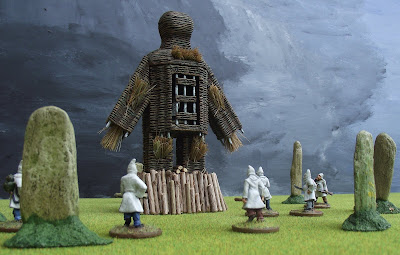 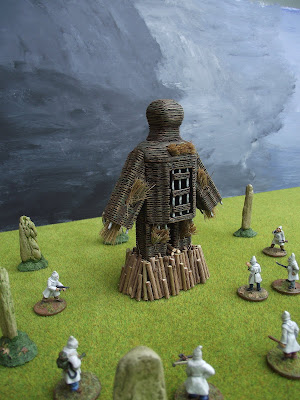 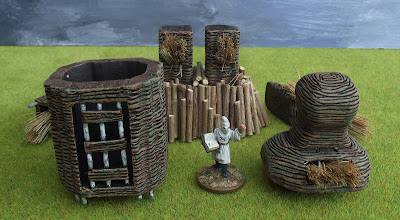 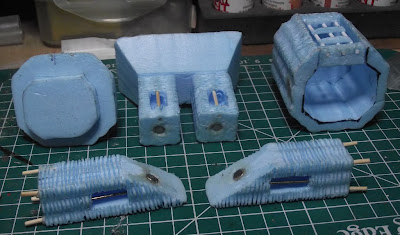 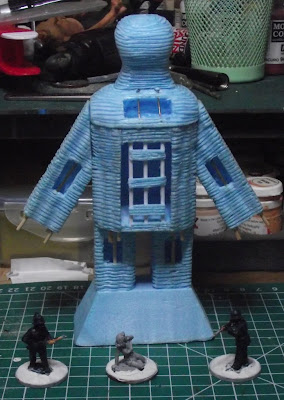 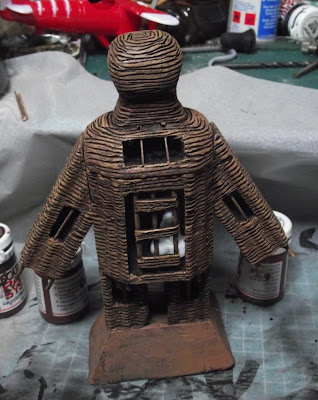 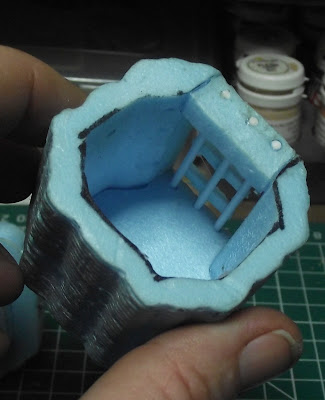 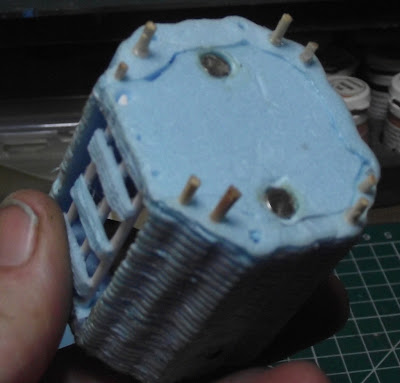 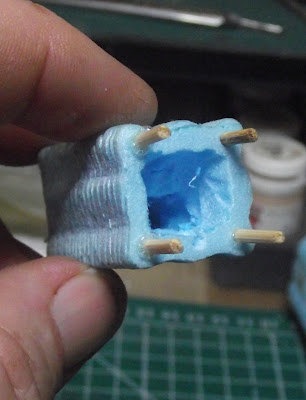 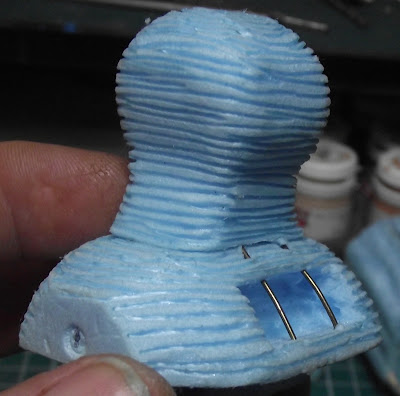 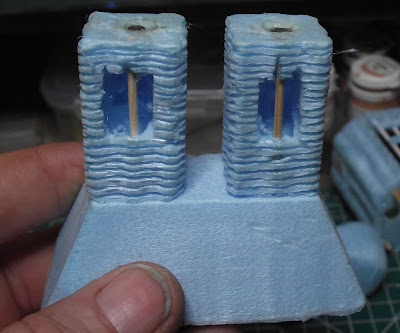 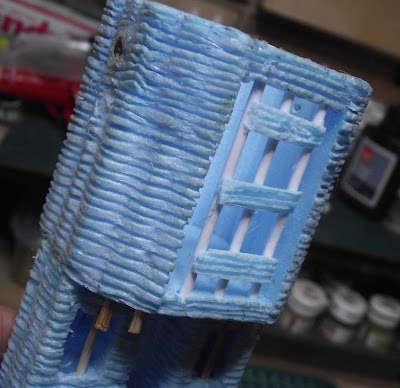 Jnr
Cleethorpes, United Kingdom
First of all I must apologies about my English as I am Dyslexic, am ok at reading and writing, just my spelling and writing out English, the word processor helps with the spelling but sadly not my English. I started out in the sixties building and playing with Airfix tanks and wee solders. Then in the early eighties playing D&D that’s when I started painting up lead figures. Now day it’s WW2, WW1, Slaughterloo, and last Strange Aeon, am not a very good painter or Hobbyist Am more of jack of all and master of none, now days I prefer 28mm skirmish type games and I believe when you play these types of games there is no reason not to put an effort into painting your miniatures up. Same can be said for painting armour up little effort goes a long way.